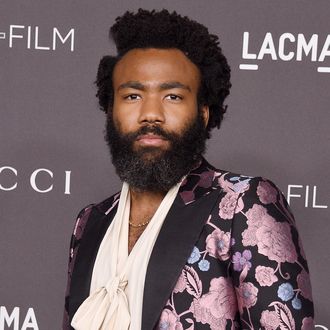 Many progeny of the political elite end up following in their parents footsteps. You’ve got your John Quincy Adams, your George W. Bushes, and (God forbid) your Ivanka Trumps. But Malia Obama is here to shake that tired tradition up. Per The Hollywood Reporter, Barack Obama’s eldest daughter has landed the plum role as writer on a forthcoming project from Donald Glover, who signed a multiyear overall deal with Amazon for a whopping eight figures (for those counting, that’s at least 50 times more than the president makes). Glover is leaving his deal with Disney-owned FX, home to his critically acclaimed series Atlanta, which has been on hiatus since 2018 and is set to begin production on seasons three and four in March. His brother, Atlanta writer and producer Stephen Glover, has also signed an overall deal with the streaming platform, so apparently Amazon deals run in the Glover family.

Donald Glover’s overall deal will reportedly see him create, executive-produce, and curate content for the streamer. Already on the docket, apparently, is Hive, a series from Watchmen writer Janine Nabers, which seemingly follows a powerful pop-star figure (get it? Like Beyhive). Enter Harvard graduate and former Weinstein Company intern (dark) Malia Obama, who has reportedly been hired to write for the series. Amazon has declined to comment on either the Bey-inspired Hive series or Malia Obama’s employment status. Still, the mind races with possibilities. Will Donald Glover implement a “Bring Your Parents to Work Day” for the writers’ room? Will Malia get a story credit on Glover’s recently announced Mr. and Mrs. Smith remake starring himself and Phoebe Waller-Bridge, given her familiarity and proximity to highly classified, top-secret information? How do you reject a joke pitch from a former president’s daughter? In any case, “My Date With the President’s Daughter” is out
(sorry, Tiffany). It’s all about “My Draft With the Ex-President’s Daughter” these days.