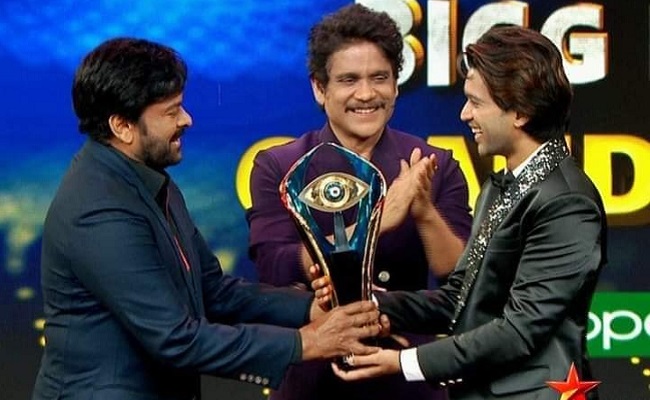 There’s no surprises here. Abhijeet who has been leading all polls since the start of the Bigg Boss season 4 has emerged the ultimate winner. He received the winner trophy from Chief Guest Megastar Chiranjeevi.

The Life is Beautiful actor didn’t take Bigg Boss offers for the fourth and the third positions while Sohel accepted Rs 25 lakh offer in exchange of a chance to win the title.

Abhijeet and Akhil were left fighting for the title after Sohel walked away with Rs 25 lakh. And finally, Abhijeet won the title and trophy with Akhil finishing as the runner up.

Abhijeet’s game was very passive in the beginning as he never tried to fight for anything including his place in the house.

However, his smartness and intelligence started playing a huge role in winning young hearts. He never lost his classiness even when big fights erupted in the house. His calm mind and decision-making during pressure situations increased the fanbase.

Bigg Boss tried to corner him during the weekends, but Abhijeet never lost it and maintained his calm that has made him the season winner.

Congratulations to winner Abhijeet, runner up Akhil and Sohel for making the smartest move when Bigg Boss offered Rs 25 lakh.