The officials in charge of handling the British royal family‘s Twitter account made a royal mistake on Thursday.

The tweet was live for just six minutes before being taken down, but the Gert’s Royals blog managed to capture a screenshot of the strange post during the short time it was posted for its millions of followers to see.

The tweet was short and simple, according to the screenshot. It read, “Thanks”.

According to the blog, the tweet received over 1,200 likes and close to 600 retweets in the short time that it was live.

One fan was grateful for the update considering it initially left them wondering what on Earth  Queen Elizabeth was thanking the Twitterverse for.

“I saw that and went on site to see what it meant. Then it was gone. Glitches happen everywhere,” one user tweeted.

Another jokingly replied to the accidental tweet, writing to the 94-year-old reigning monarch, “Your welcome Liz, and I’ve kept the receipt in case you want to change it kid ok?” 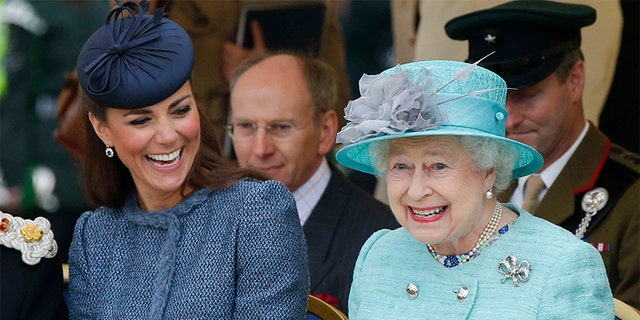 “Well it’s about time I got some recognition!” a third person cracked.

“No, thank you @RoyalFamily,” wrote another.

Another said they were “concerned” for the person behind the mistake. “Did they faint, answer the door…or worse,” the twitter user joked.

The British royal family’s Twitter account is used to share updates, photos and videos about the queen and other senior royal family members’ charity work, event appearances and activities.

On Wednesday, the Twitter account shared a photo of Sophie, Countess of Wessex volunteering at a children’s hospice center for charity. The countess is married to Prince Edward, Earl of Wessex and the youngest son of Queen Elizabeth.

“From the organisations, people, and initiatives we visited to pass on the nation’s thanks, to those who stopped to wave as the #RoyalTrainTour passed by, thank you to everyone we met along the way!” Kensington Palace’s tweet reads, accompanied with aerial footage of the Duke and Duchess of Cambridge in and out of trains and greeting Britons during their stops.

William’s and Kate’s three-day tour included visits to Wales and Scotland, where the couple greeted and thanked medical staff and other front-line employees for their hard, dangerous work during the pandemic. However, the duke and duchess were hit with criticism from some Welsh and Scottish officials, who claimed it was unncessary for the royals to travel throughout the country during the coronavirus pandemic.