The magic of makeup! Selena Gomez goes from bare faced to glammed with hot pink lips in a new tutorial for her cosmetics company Rare Beauty

By Sam Joseph Semon For Dailymail.com

Selena Gomez is not letting a pandemic hamper her beauty routine.

On Thursday, the Lose You To Love Me singer made a post to her Instagram account to promote a video showing her foundation routine, which was posted to Rare Beauty’s YouTube channel on Tuesday.

The siren went from makeup-free to fully glammed with hot pink lips. 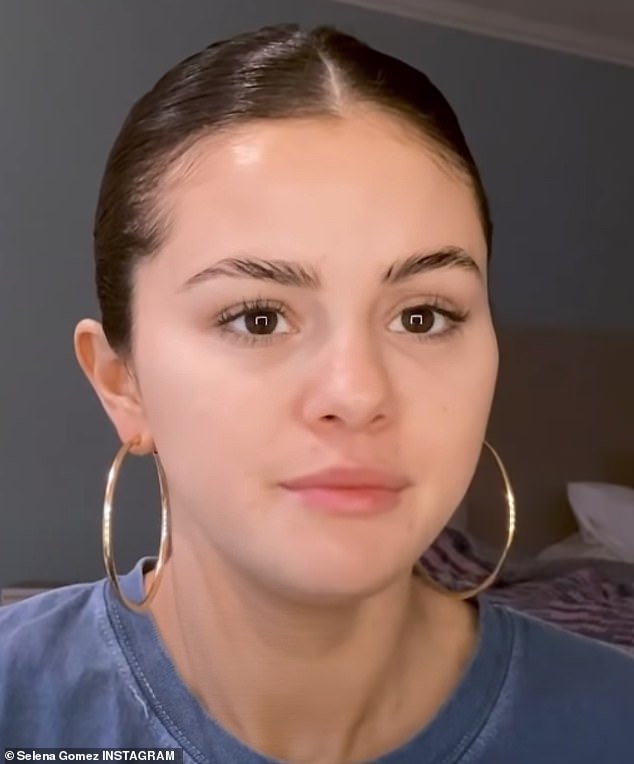 An inside look: Selena Gomez posted a tutorial video to her cosmetic company Rare Beauty’s YouTube channel on Tuesday

Gomez begins the video by opining that she has developed her foundation routine over time, stating that: ‘I think I’m slowly starting to get my system…you kind of have to work with something to come up with a routine that best suits you.’

In the video, she can be seen sitting at a desk in her bedroom wearing a simple blue graphic t-shirt with her hair tied back in a bun; she accessorized with two gold hoop earrings.

The Hands To Myself singer began her routine by spraying her line’s own 4-in-1 Mist lightly over her face before applying multiple touches of Liquid Touch Weightless Foundation around her cheekbones, forehead, and jawline.

Afterwards, she applied a clear lip moisturizer, noting: ‘It goes on like butter.’ 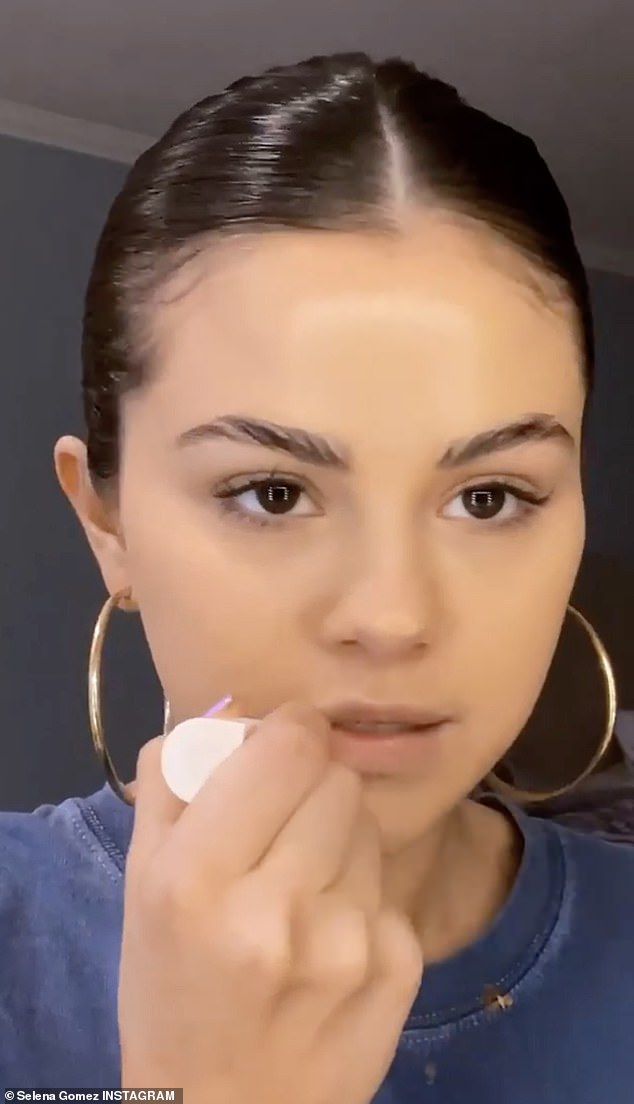 Tips from a pro: The Same Old Love singer explained her foundation routine in a step-by-step process for her fans

The next step in her routine involved Rare Beauty’s Liquid Touch Brightening Concealer, which she applied around her eyes, around her nose and chin, and in between her eyebrows.

While applying the concealer, Gomez’s furry pals could be heard having some fun in the background, to which she noted, ‘And here is my farmhouse of three dogs.’

The Good For You singer then moved on to utilizing her line’s Grace Liquid Blush, which she had a particular affinity for, stating that: ‘It’s one of my favorites because it’s not overpowering, it seems to be a really warm color.’ 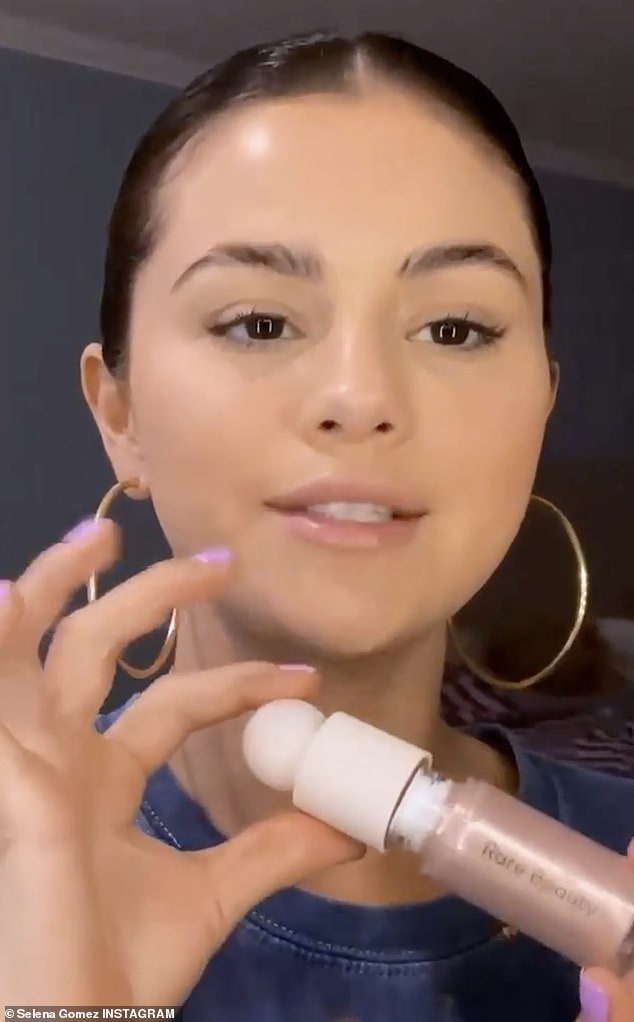 Showing them off: Gomez only utilized products from Rare Beauty, including the Positive Light Liquid Luminizer in Enchant

Afterwards, Gomez opted to use the Positive Light Liquid Luminizer, and made a point of explaining to her fans that she utilized two separate brushes during her routine, one for blush and another for foundation.

The Spring Breakers actress opted to finish her routine with her company’s Ascend Matte Lip Cream, but not before making sure her eyebrows were taken care of.

With that, she headed out to go about her day, signing off with a concise message: ‘right-y…off we go.’

The singer first launched the cosmetics line in September, and a percentage of the brand’s sales are set to be donated to the Rare Impact Fund, which will uplift the state of mental health services in low-income communities. 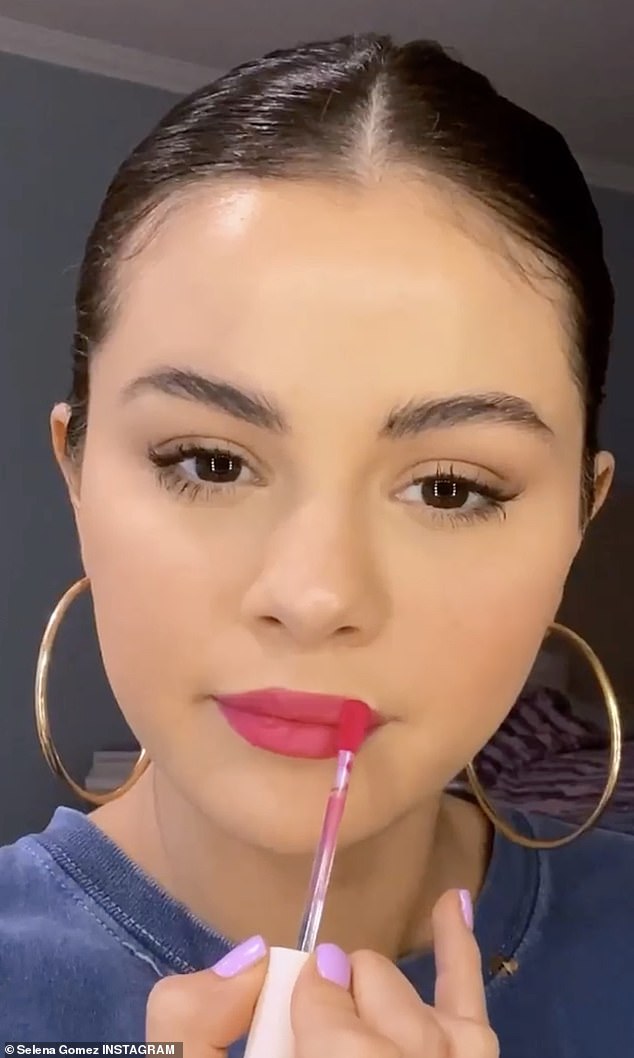 Finishing it off: The last step in the singer’s routine was to apply a matte lip color to accentuate the other components of her foundation 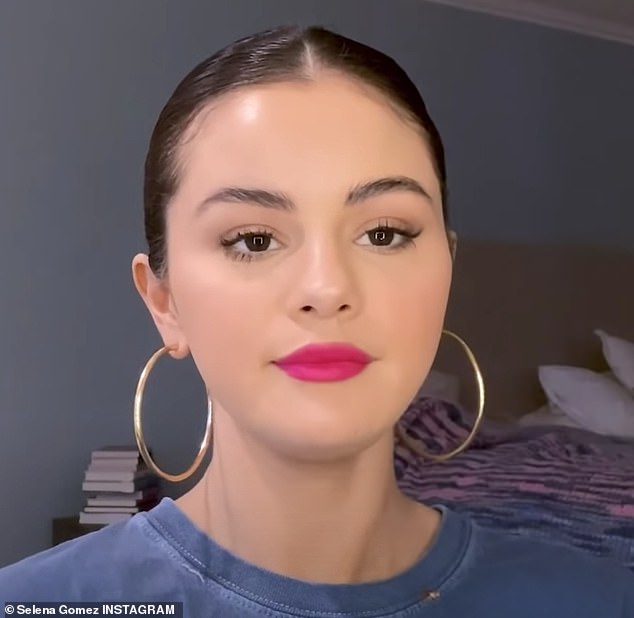 Making an impact: Part of the sales from Rare Beauty will be donated to a fund dedicated to improving mental health services in undeserved communities