Chrishell Stause and Keo Motsepe, two competitors from Season 29 of “Dancing with the Stars,” are reportedly dating.

Stause, known as one of the glam realtors in Netflix’s “Selling Sunset,” competed on Season 29 of the ABC dance competition show with partner Gleb Savchenko. The season has since wrapped, but it appears she’s been getting cozy to dance pro Motsepe, who was paired with actress Anne Heche.

Both Stause, 39, and Motsepe appeared to confirm their romance in separate social media posts on Wednesday night. Stause took to her Instagram Story earlier in the day to show her working alongside Motsepe in the gym.

In a follow-up post, the reality TV star shared a selfie sitting on Motsepe’s lapas he  kisses her cheek. Meanwhile, Motsepe shared the same loved-up pic to his own Instagram account, captioning it with a red heart emoji. 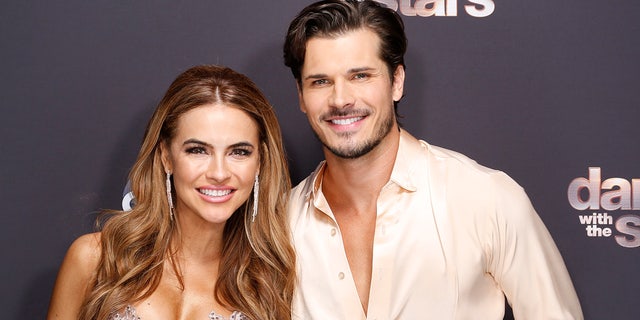 Fans previously speculated that Chrishell Stause and her partner, Gleb Savenchko, were having an affair. Both denied the rumors.
(ABC/Kelsey McNeal)

Several of their former “Dancing with the Stars” co-stars reacted to the photo with excitement. Jeannie Mai, who had to exit Season 29 prematurely due to a health issue, responded with several heart-eye emojis. Contestant Nev Schulman, who finished in third place this season, wrote, “THIS. IS. SO. CUTE.”

“Shark Tank” star Barbara Corcoran, who competed in Season 25, gave her seal of approval. “Two people I love!” she commented.

Pro Sasha Farber, who is married to dancer Emma Slater, was also quite tickled by the new coupling, writing, “Yesss double date.”

Stause’s new relationship comes just weeks after many speculated she was having an affair with Savenchko. The 37-year-old Russian dancer and his wife, “So You Think You Can Dance” choreographer Elena Samodanova, announced their divorce last month after for more than a decade together.

Samodanova suggested Savenchko was unfaithful to her during their marriage, leading fans to question if Stause was the other woman. 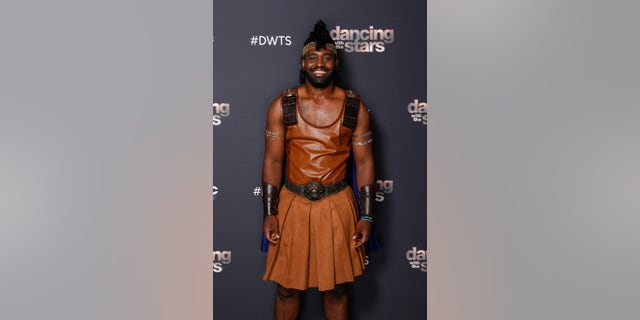 “This has been an ongoing situation between Elena and I paired with poor timing,” Savchenko told Entertainment Tonight when denying rumors of a romance with Stause.

Stause too denied the accusations, writing on Instagram that she was “saddened” by her partner’s divorce and that she wasn’t involved.

“It is unfortunate that this has caused rumors to swirl about my personal life. Having gone through a public split myself, I would not wish this on anyone,” Stause wrote.

Stause was previously married to Justin Hartley. The “This Is Us” actor filed for divorce in November 2019. In October, Stause opened up about the “painful” divorce and how she’s moving forward.

“I’ve had to start over so many times in my life. I always know how to look at the bright side because there’s been a lot of dark,” the “Days of Our Lives” alum told People magazine.