On Sunday, the Momofuku founder and host of the Netflix food series “Ugly Delicious” became the first celebrity to win ABC’s “Who Wants to Be a Millionaire” since the game show debuted for its latest iteration in 2019. And he’s using his top prize money to help out restaurant industry folks struggling for business during the pandemic. 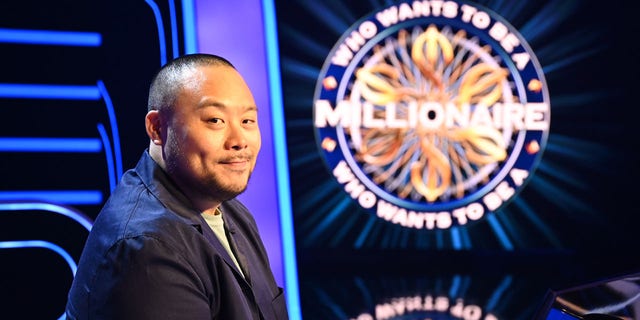 Chef David Chang competes for the Southern Smoke Foundation and wins the $1 million prize on “Who Wants To Be A Millionaire.”<br>
​(John Fleenor/ABC via Getty Images)

Chang is giving his million-dollar prize earnings to the Houston-based Southern Smoke Foundation, an organization that provides emergency funds for employees and business owners in the hospitality industry. Since November, the organization has raised $178,080, according to its website.

The 43-year-old restaurateur used his final lifeline to phone a friend to secure the answer to the million-dollar trivia question: “Who was the first president to have electricity in the White House?”

“My gambling problem finally pays off. $1 million for hospitality workers in need,” Chang quipped in a tweet following the big win.

The restaurant industry has been hit especially hard due to shutdowns during the pandemic – shutdowns that have forced many restaurants to shutter for good, or pivot their business models to take-out or delivery only.

As many as 60% of businesses that closed nationwide due to COVID-19 struggles are now permanent, according to data from Yelp. Indeed, a staggering 32,109 restaurants, bars and nightlife establishments closed as of Aug. 31, with 19,590 of these closures for good, Yelp data shows.

President Trump last week urged Congress to pass the next coronavirus stimulus package and help struggling restaurants amid the second wave of COVID-19, which has forced some parts of the country to implement strict social distancing guidelines once again.